Shortly before my freshman year of college, I was hired by an archery company to create the electronic controller for automating the test process for recurve bows. During the course of the project I designed my first permanent circuit and PCB.

After designing the circuit and writing the firmware on an Arduino, I tested the whole system on a single breadboard. 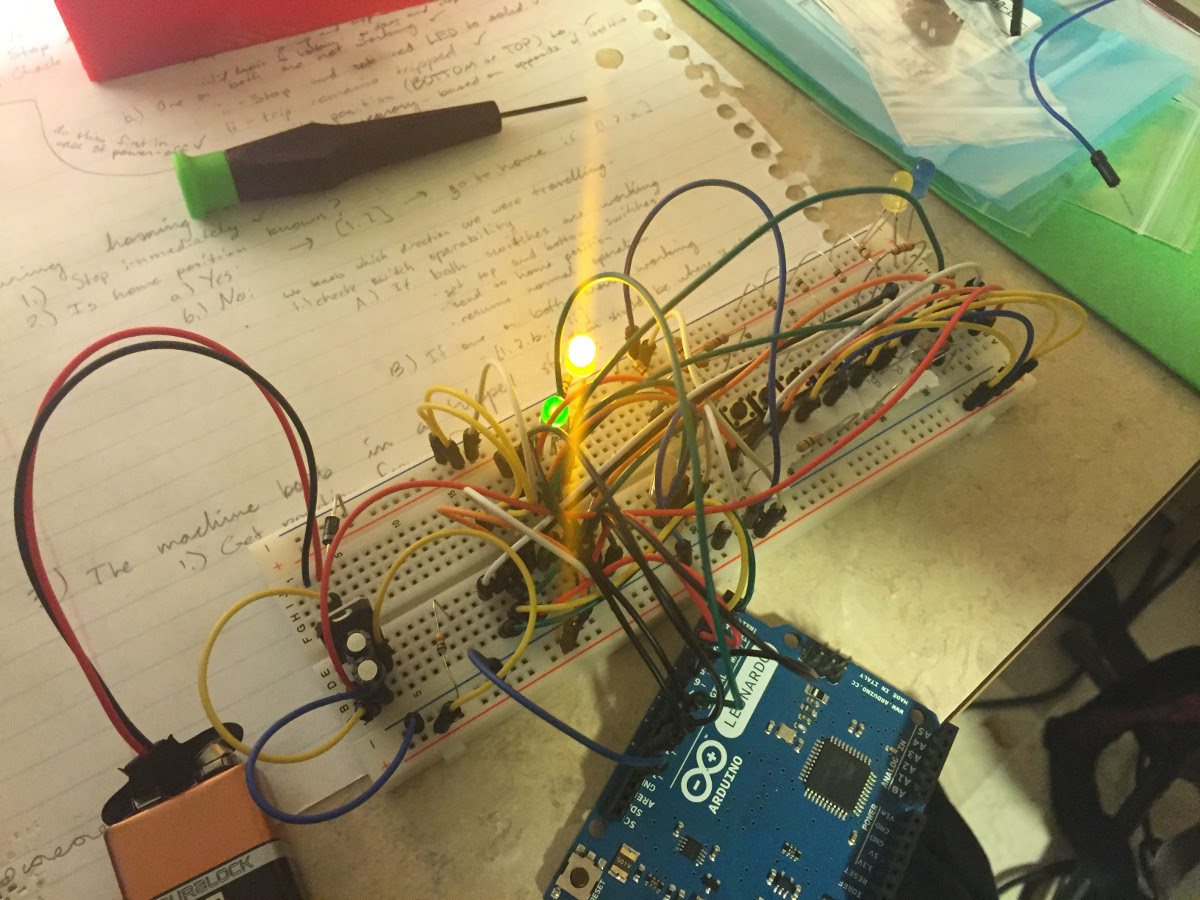 The company needed a working prototype ASAP so while I designed the PCB that would be the permanent solution, I created a temporary system using a protoboard. 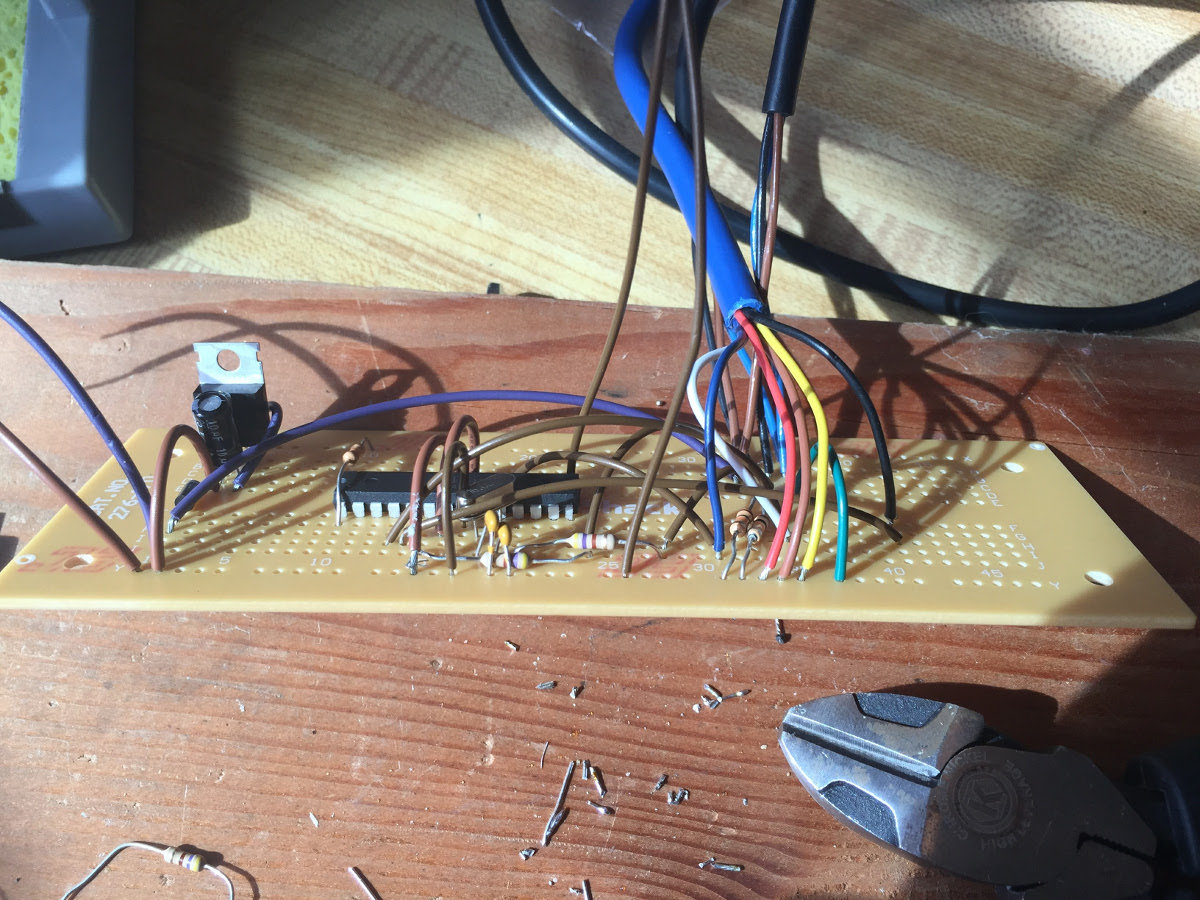 Below is my finished PCB, which I had manufactured by OSHPark. 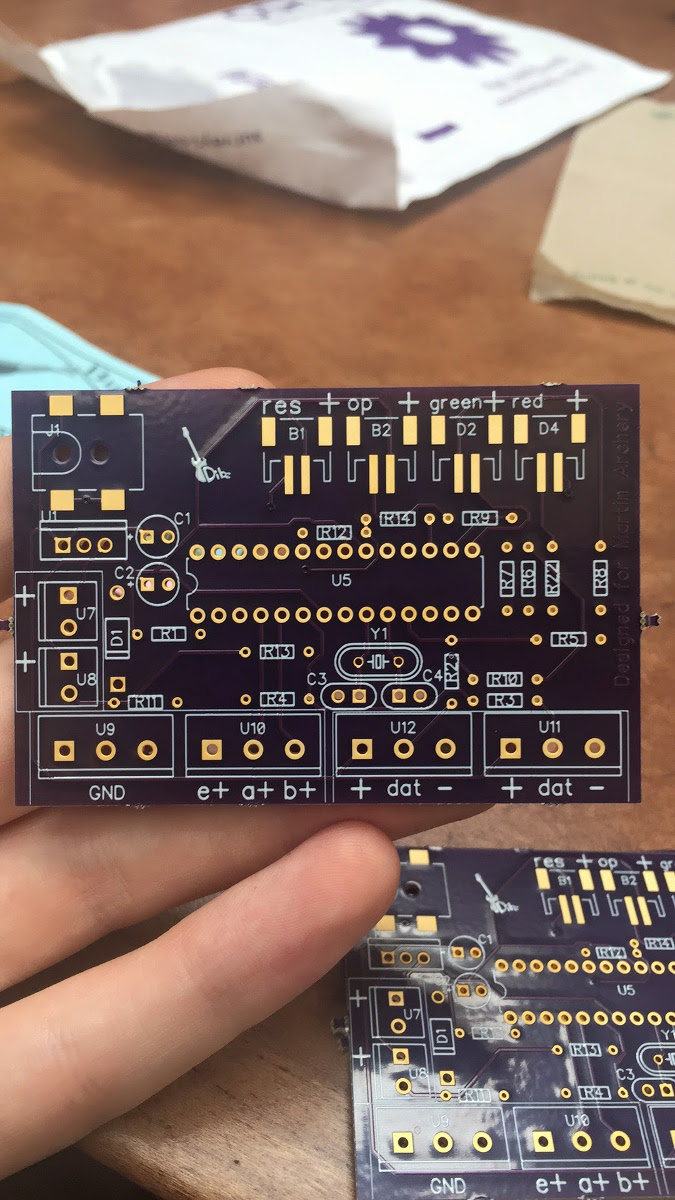 I then populated the board with parts from digikey. 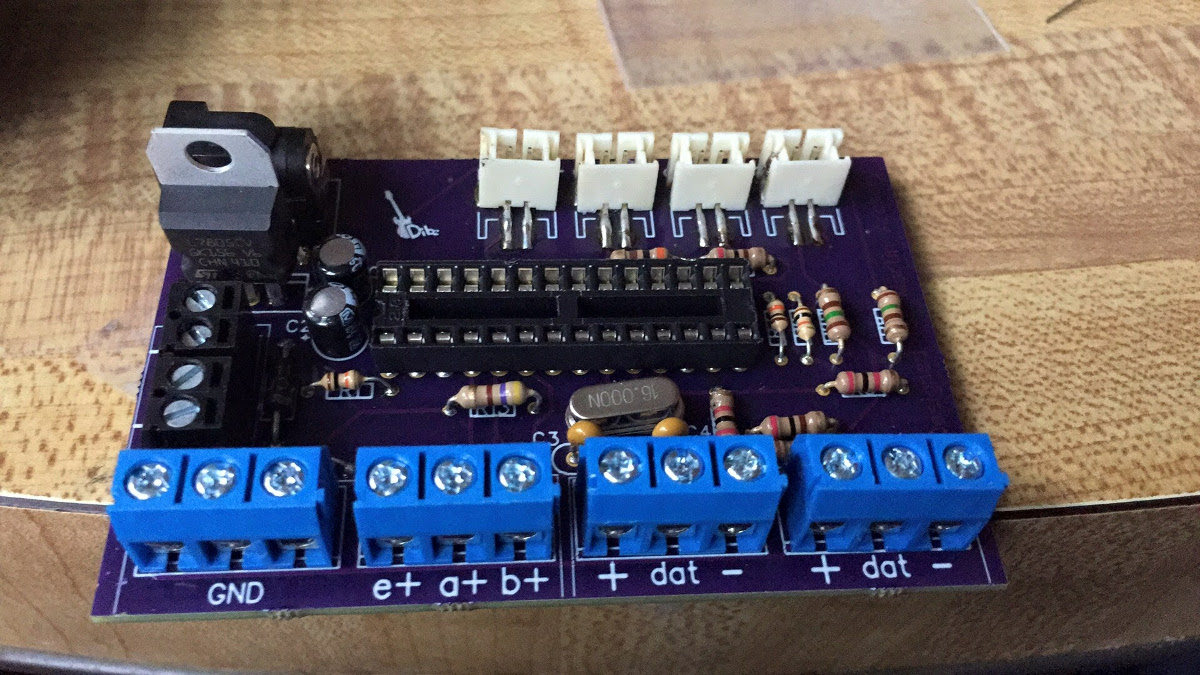 And I tested the whole system again using the PCB and a breadboard. 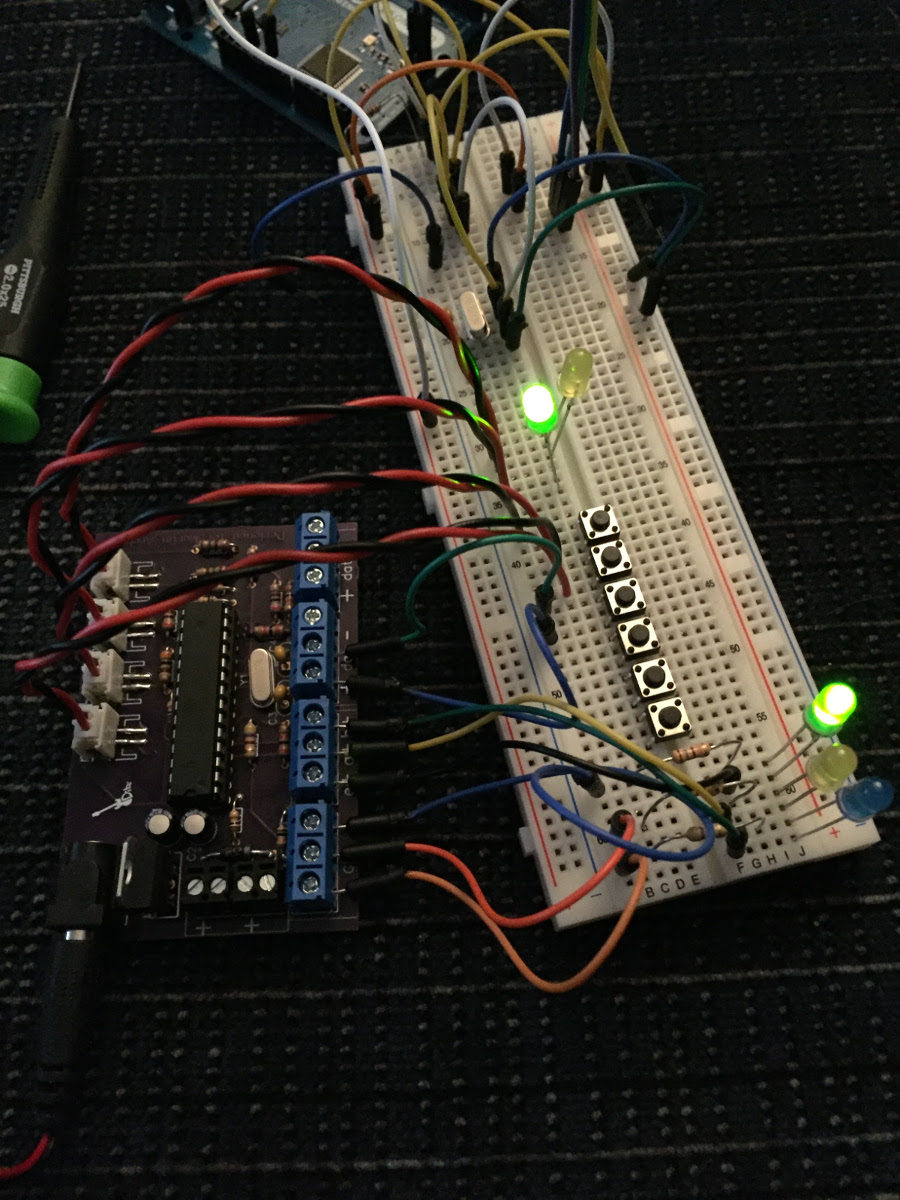 Finally I installed the system and ran the wiring. 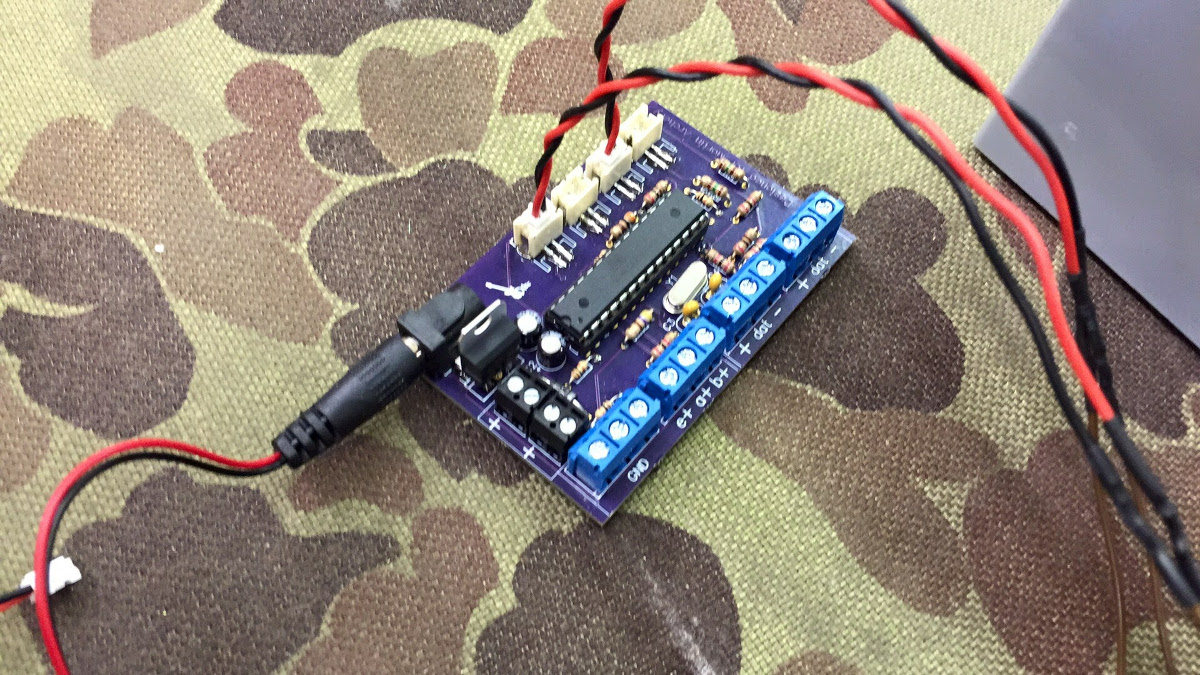 Here's the system installed in the control box. Mounted on the box's front panel were some control buttons and LED's that were used to control the system. 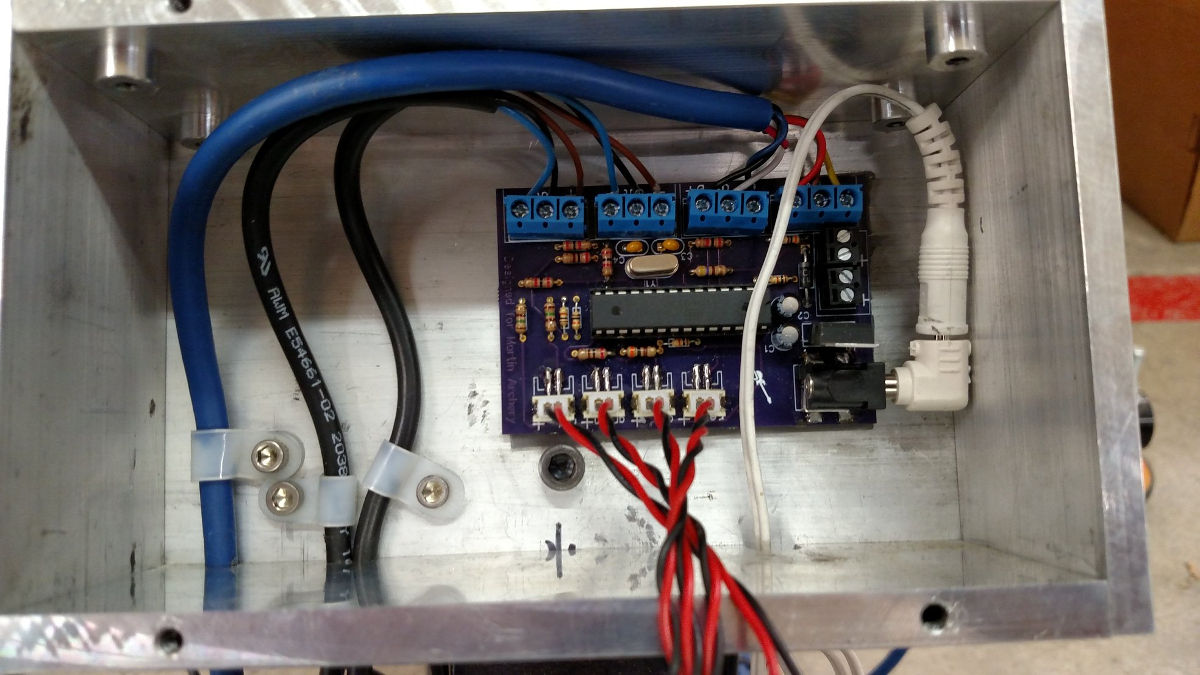 Finally, here's the system in action. Pretty simple, but it was a good experience.